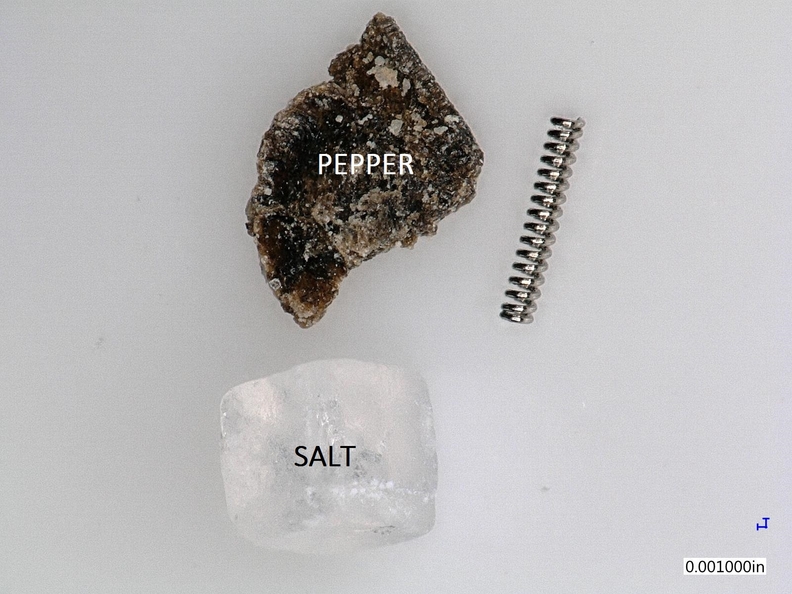 IN THIS SPECIAL REPORT

Fruitport is an aptly named small town near Muskegon that is surrounded by apple orchards.

It’s also home to Motion Dynamics Corp., a high-tech manufacturer that makes some of the smallest industrial objects on earth. Most of its products are components sold to medical device manufacturers. Some are sold to computer-chip makers. The largest one it makes is a three-inch-by-half-inch spring made of nitinol that is sold to Airbus.

Nitinol is a nickel-titanium alloy distinguished by its shape memory and superelastic characteristics. Nitinol is a trade name taken from the elements it’s composed of and the scientific group that discovered it, the Naval Ordnance Laboratory.

Motion Dynamics has an exclusive contract to sell the part to Airbus for as long as it makes its A350 airplane, because no other manufacturer has figured out how to tool it to the company’s specifications. The spring goes into the hydraulic system and helps control the flaps.

Another nitinol product the company makes is a thin wire stent to repair arteries. The wire is formed with a small circle at one end.

It is then chilled, which causes the circle to lose its shape, making the stent look like a long thin wire. The wire is inserted via a catheter through an artery until the physician gets it where he wants it. As the wire warms up from the internal body temperature, the end of the wire regains its circular shape, opening up the blocked artery.

Another nitinol product is a 4-foot item that looks like a very thin piece of yarn, just 70 one-thousandths of an inch in diameter. It is extremely flexible, and when you pull it and stretch it out, you can see it is made up of a long string of coils, about 8,000 in all. It is a component in a device to treat stroke victims.

The company makes an even thinner coil from nitinol, about one-third the width of a human hair, which is used to repair aneurysms.

“Fruitport is just a dot on the map, but we ship to 19 different countries and 31 states,” said Witham, whose company makes upwards of 3,000 different parts a year, many of them on machines equipped with microscopes so workers can see what they are machining.

He said that 5 percent of company revenue comes from sales to China, from whom it purchases no raw material.

Witham holds up a tiny glass vial, filled nearly to the top with what looks like tiny bits of gold dust.

But the jar isn’t filled with bits of dust. It is filled with machined parts that go on tools that test new computer chips. Each speck is actually a gold-plated coil. There are 50,000 of them in the small vial, worth a total of about $1,000.

Witham has another vial. At the bottom are about 500 almost-invisible silver specks. Each speck is smaller than a grain of salt. They are platinum-plated coils that attach to stents and serve as visual markers for doctors as they insert the stents. The vial holds about $500 worth.

All in the family

Motion Dynamics owes its success in part to the fact that it didn’t work out when Witham’s father, Richard Witham, went to work in 1963 at a Muskegon store called F&F Grocery that was owned by his father. After two years, Richard left the grocery and got a job at a local company called Michigan Spring. He worked his way up the ranks and eventually bought the company, selling it in 1986.

As part of that sale, Richard had to sign a five-year non-compete agreement. In 1992, he founded Motion Dynamics.

Meanwhile, Chris graduated from what was then called General Motors Institute in Flint, now known as Kettering University. After graduation, he worked 19 years as an engineer for General Motors, then three for Herman Miller before joining Motion Dynamics in 2001 as its 12th employee.

At the time, the company specialized in selling copper wiring for the electronics and automotive industries, with about 10 percent of sales to makers of medical devices.

A year or so after joining the company, Witham attended a trade show and formed a relationship with a sales rep in California who was well connected to the medical-device community, and Motion Dynamics made a strong pivot to supplying that market.

Today, the company has 170 employees, adding 40 in the past 12 months, with projections to add 20-40 over the next three to four years. Witham said it has been growing revenue about 20 percent a year. They expect revenue of more than $30 million this year.

Motion Dynamics moved into a new 38,000-square-foot building five years ago and is adding a 33,000-square-foot, $5 million addition that is expected to be finished on Dec. 1.

One very satisfied customer is John Danko, the strategic buyer for Senior Metal Bellows of Sharon, Mass., a 60-year-old company that makes precision components that must operate in harsh conditions. Its customers include defense contractors, aerospace, oil and gas, medical and semiconductor manufacturers.

Danko said his company has about 1,000 suppliers on its approved-supplier list, none of them better than Motion Dynamics, which since 2003 has supplied a wide range of springs in various sizes.

“I tried so many spring suppliers that crashed and burned. I can’t tell you how good these guys are. Their quality is 98 to 100 percent. The other suppliers were 50 to 60 percent. They’re the perfect supplier. They’re so good, we decided to let them do the testing on their parts and to trust their results. We take their data and accept it, and we never do that. These parts have very tight tolerances. They go into jet engines, there are military applications, they go into oil and gas operations thousands of feet below sea level. Failures can be catastrophic.”

Danko said Motion Dynamics is very good at turning Senior Metal’s designs for new springs into products it can sell to its suppliers on very short notice.

“We come up with these crazy spring ideas and we send them a prototype and they say ‘No problem.’ We might ask them to do it in two weeks, and they’ll ship it to us in a week and we get it to our customers. Other suppliers, it might be four weeks. This stuff is so difficult to make, they’ve been a godsend for us.”